One of the big events in my family this 2013 is our son's high school
entrance exam which he will be taking by the end of January.
I wish he could pass it with flying colours 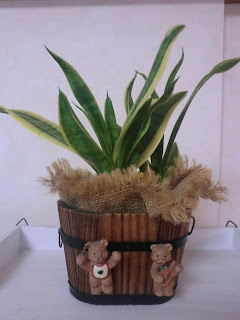 Here is a picture of  Sansevieria or the Mother-in-law's Tongue  ,houseplant.
I've grown it several years now.
This plant needs low maintenance. I seldom water it and place fertilizer
throughout the year and it can already delight our eyes. 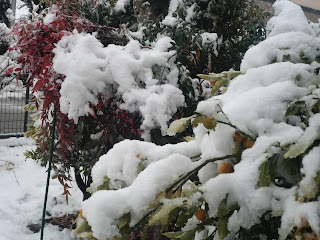 It  snowed heavily a few days ago . Everything that were covered with
snow looked beautiful.  White world is fantastic. 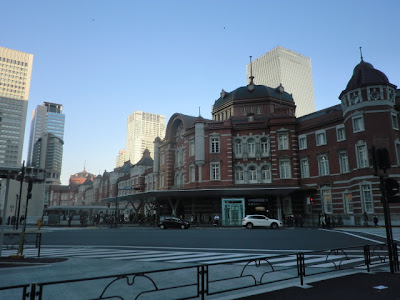 I went to see the renovated red-brick building, Tokyo station which was opened
in last October with my daughter during New Year's Holidays.
There was a crowd of people in around the station.
The domes on both sides of the building was amazingly lovely. 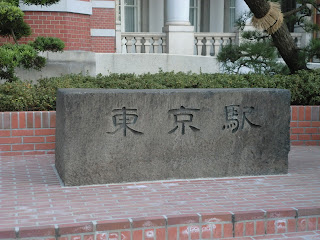 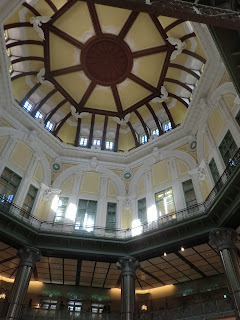 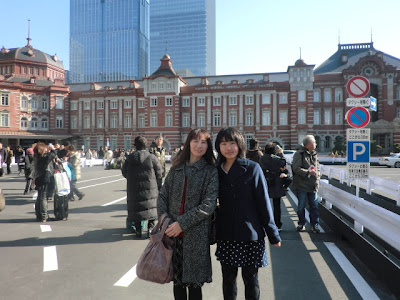 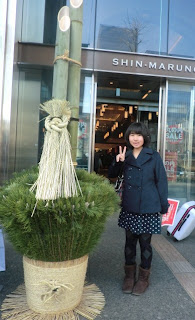 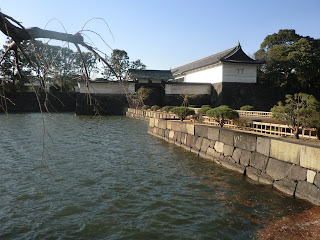 After   hanging around two stylish big shopping centers near Tokyo Station, we took a walk around the imperial palace and went to another shopping center with my daughter. 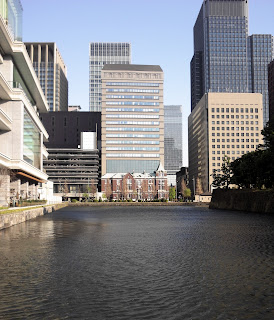 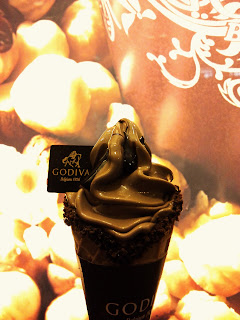 This soft ice cream was taste-GOOD. 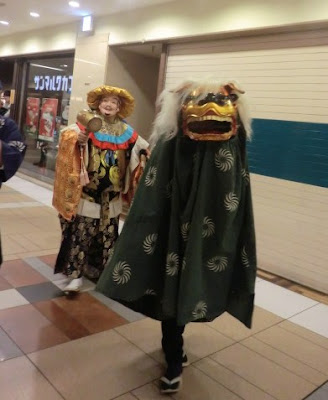 When we were in shopping center,  luckyly meeted "Sisimai( Lion dance)" which was performed around the new Year by one or two lions accompanied by bamboo flutes and drums. It was performed as a prayer for household safety and health and a good harvest. 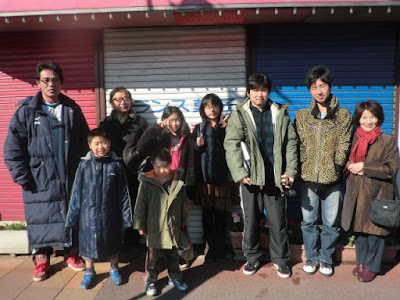 I and my family visited my parents to greet them a happy new year during New Year's Holidays.
I feel very happy that I and my family got another healthy year again. But there were a lot of demands on my purse at this time. Because, in Japan, adults are supposed to give money to their children or relative's children as  New Year's Gift . 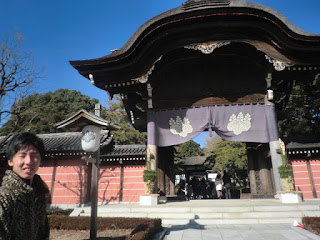 We went to a big Temple nearby to pray our happiness and health. 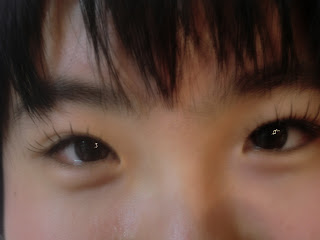 My daughter  bought her first false eyelashes.   She  tried them on
but we were not able to put them properly. We were not used to putting it on. 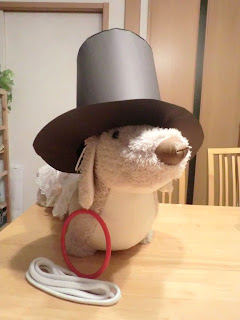 My father who started doing magic about 20 years ago, taught me
some ways how to do magic   such as shifting a knot of handkerchief
from a red handkerchief to a yellow  one , showing a handkerchief on my
hand instantl ,restoring torn paper by hands to its original size , restoring a bill
with a hole to its original condition and separating a red ring tied together with
a white rope.   It was quite difficult to  do such magics well. I have to
practice them again and again to master. 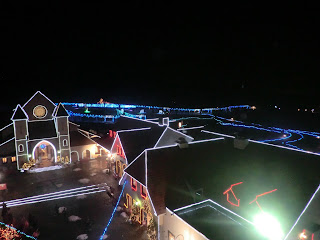 I went to Haiji village( ハイジの村） with my family. It was freezing,
but we were impresed by the fantastic ilumination. 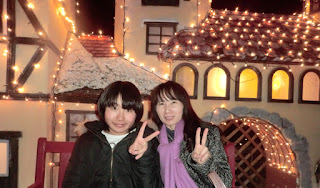 I'm hoping that a lot of people around the world will be happy this year.
Posted by kumittyi at 11:19 PM

Hello Kumittyi!
I hope people will be happy his year too. In our family, we go broke giving Christmas gifts to the children. On New Year's Eve we stay up late, then on the stroke of midnight we light fireworks and pop open a bottle of Champagne. It's good to put one year behind you, then step into the next year with high hopes and a little more wisdom to back you up. Good luck with your magic, and I hope it snows some more for you!

Wise choice of houseplant. Very good air purifying plant. Hope this year will be a very good year to you.

The snow on plants looks beautiful, but I suppose it is not easy to stay out long in a freezing temperature.

hello Kate !
How have you been?
Cherry blossoms haven't bloomed yet around here,but It is getting warm day by day.I think I want to start workking in my garden in earnest. My big interest of this year is to grow your presents,Kate.

Hello de engineu!
It is getting warm around here. We won't have snow anymore,however I am suffering from hay fever.

kumittyi
Japan
We are a family of four. I am mother of two children. I have a rabbit and some goldfish as pets. I work at a daycare center as a teacher. I'm an open-hearted and cheerful person, and I am curious and like to find something new . Learning is really fun. Looking back, since elementary years, I've been always interested to grow plants. As child, I enjoyed growing taros, tulips, etc in the veranda of my house. After working at an office worker, I had worked at a florist' before. I'm very fond of gardening. I am also partial to trip. Additionally , I'm interested in shopping , cooking, listenning to music, studing English, enhancing my knowledge and education etc. One of my dreams in the future is to become a globe trotting traveller.